I remember the first extended conversation I had with Toes. David was out of town, and I’d gone to see the movie The Lobster with a couple of friends. After the movie, I came home to an empty house and sat out on my back deck drinking wine. Toes surprised me by jumping up on the fence alongside the deck and greeting me with a series of meows.

If you’ve seen The Lobster, you know it’s a dark twisted comedy that involves humans being turned into animals. As Toes, a strange neighborhood cat at this point, meowed at me, I couldn’t help but draw a parallel to the movie and wonder if she was secretly a human asking for help. I freaked out and went inside.

Weeks later, David and I were sitting on the back deck at night drinking wine when we heard Toes meow at us from across the yard.

“Maybe we should give her some milk,” I said to David as she approached.

We did, and the next day I went out and bought cat food for her. In turn, Toes became a fixture on our deck, staring into our back door with wide golden eyes and meowing so insistently that at times it felt like I was in a horror movie–being stalked by a cat who couldn’t be fed enough.

On the surface, David and I were unlikely candidates for pet ownership. I’m allergic to cats and both of us dislike responsibility except for things we’re truly passionate about. But Toes insisted on being our pet.

I wrote last week about the challenges of saying No, and I want to follow up on that today by acknowledging the difficulty of hearing No. It can be hard to ask for what we want because we open up ourself to the possibility of rejection and rejection hurts.

Toes didn’t have a whole lot of options–she was a hungry, seemingly abandoned domestic cat. Her insistence was driven from biological need.

Our pursuits might be less biologically driven, but there’s still something we can learn from Toes desperation. In pursuing your dreams, you’re likely going to need help from others. You have to open yourself up to the possibility of rejection and be willing ask for help despite this risk. 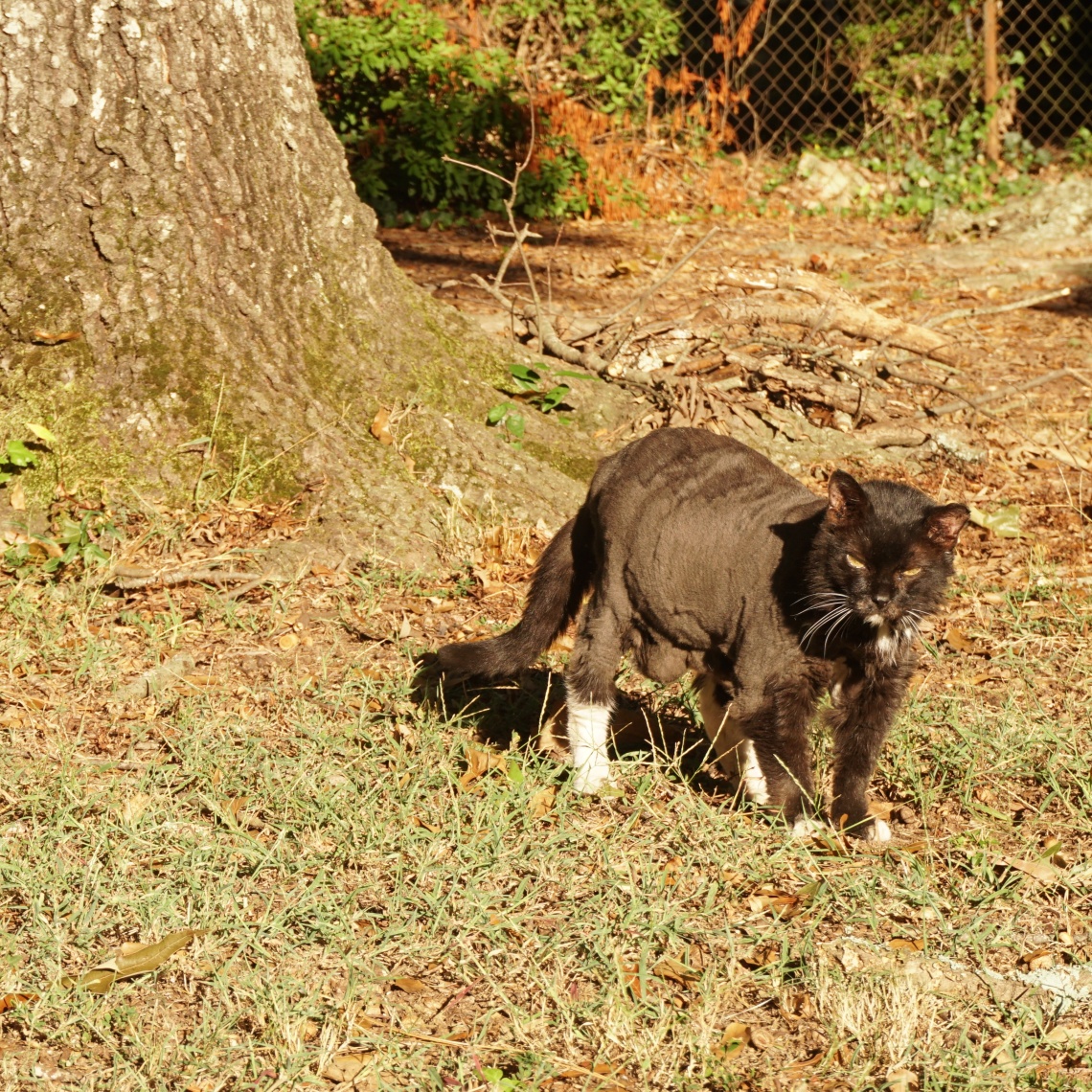