I lived in Madison, WI, for a year after I finished graduate school, and my husband and I resided in a neighborhood with weekly street cleaning from April through October.  On the two days per week our streets were being cleaned, we had to make sure we weren’t parked on the specified side of the street to avoid a fine of around $30.

Come October, I was getting really excited that street cleaning would end.  I would look at the street cleaning sign and think to myself how carefree parking would be come November.  That is, until we received this flyer on our car window one morning: 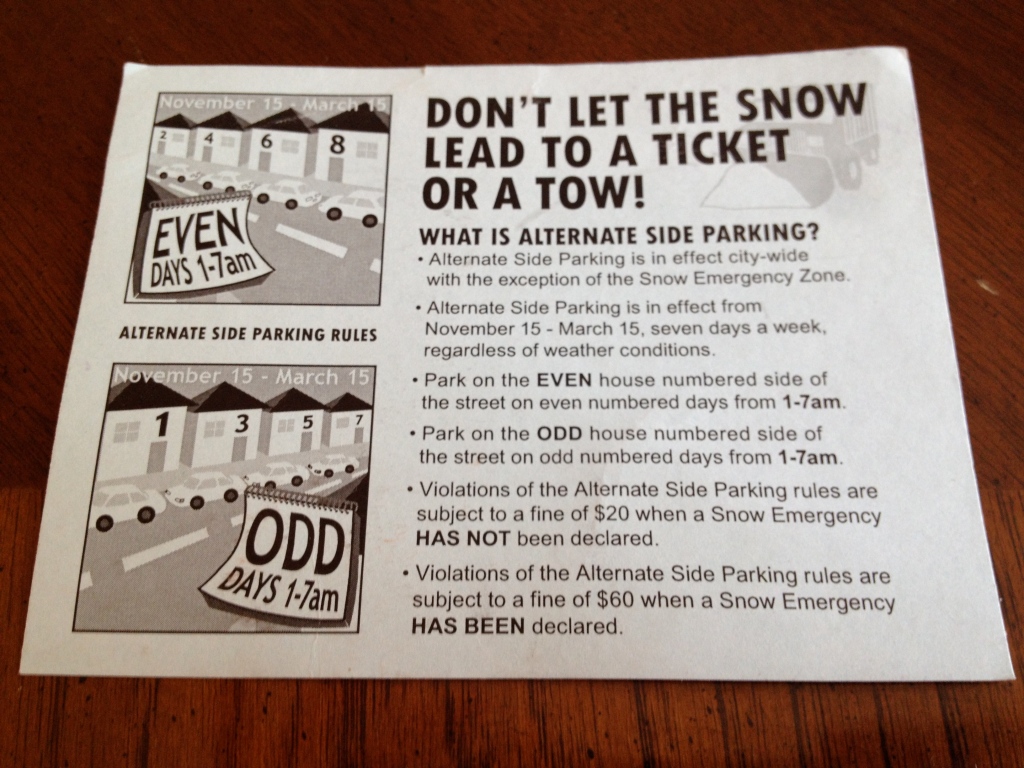 David read the flyer first and said, “We’re going to have to move our car to the opposite side of the street every day during winter.”

I grabbed it from his hands countering, “No way, that can’t be true.  It’s probably only when it’s snowing.”

As I read and comprehended the reality of Madison’s alternate side parking, my heart sank.  Now, we would have to think about being parked on the correct side of the street SEVEN nights a week rather than two.

In the end, we probably got five or six parking tickets over the course of the winter, all during non-snow emergency times.  As winter settled in, though, I came to respect the alternate side parking program because there was SO MUCH SNOW accumulating over months and months during which the temperature did not rise above freezing.  If it had not been for alternate side parking, the streets would have become really narrow as snow piled up on either side.